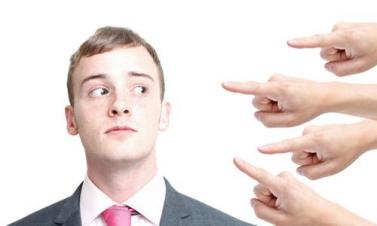 Around three weeks ago I received a call from one of my beta-readers. She was about 75% through my novel Set the Circus on Fire and wanted to let me know her thoughts, which I was both anxious and excited for. While she had many positive things to say, the conversation ended in a rant about my main character Capella, and how she (my beta-reader) thought that I should stop forcing Capella to make tremendously bad decisions.

I choked on my coffee.

I laughed some more.

And then, as gently and as trying-not-to-sound-incredibly-crazy as I could, I attempted to explain to her just how this writing thing works.

Before I get into the nitty-gritty, I should probably let you know that this post may or may not make me sound like the most mentally unstable person you’ve encountered on the internet today.

That being said, let’s move this train right along.

I’ve heard other writers mention that having characters is much like having children. You create them, you give them a name, you bake them cookies at 2 AM in the morning because they broke up with their boyfriend Fred.

I don’t have any children, but I agree with their sentiments.

Much like a parent, you watch your character grow, you watch them go through struggles, overcome, fail, succeed. You cheer with them, cry with them, and yell at them. You get frustrated. You forgive (most of the time). Sometimes you have no idea why the hell they’re doing what they’re doing.

Sure, I can set the scene, I can drop in random elements of chaos, but when it comes down to it, my characters are living, breathing people that are quite capable of making their own decisions and mistakes without my input. While it’s slightly disturbing to think that I have a bunch of independent people jammed inside my brain, it’s also a comfort. I would feel empty without them.

That doesn’t mean that I’ve completely lost control (I say to myself stubbornly). I still make decisions, I still lead the plot along, but sometimes I am just as surprised as the reader when Character X decides to kill Character Z because Character Z stole his girl.

So, I say this in defense of all my writer brothers and sisters:

Please don’t hold us (completely) responsible for our characters’ actions.

Chance is, the writer of a story is feeling the loss and/or bad decision of a character on a much deeper level than the reader ever will. Either that, or they’re cackling through it… it can go either way, really.